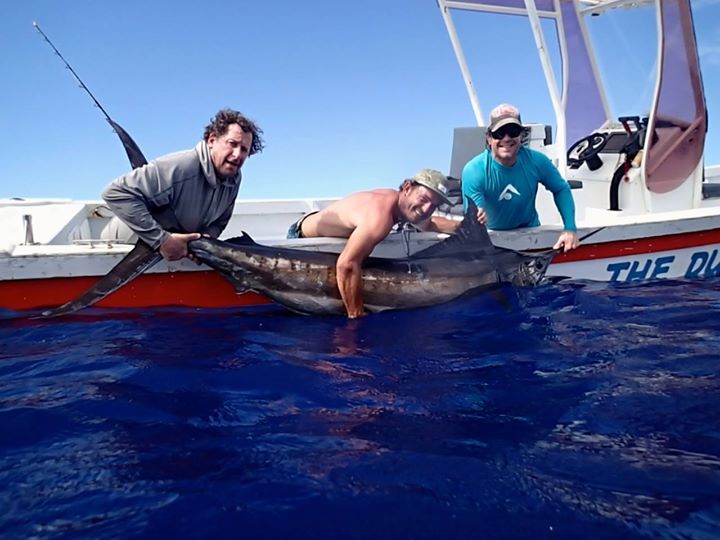 The waters surrounding Namotu Island are filled with numerous fish species. A fertile underwater ecosystem offers everything from Marlin and Wahoo to Tuna and Mahi Mahi. There's plenty to challenge even the most experienced anglers.

Game fishing in Fiji is one of the most popular activities on Namotu. Even those who come to surf take time off to enjoy the pleasures of tracking, luring and capturing their prey. They're rewarded with a delicious dinner made of that day's catch.

When you visit Namotu, you'll have access to the island's fishing experts. They'll point you to the best spots and offer useful tips on how to maximise your haul. Following is an overview that will help you prepare for the adventure.

Best Spots For Fishing In Fiji

There are several places near Namotu Island to fish with various kinds of fish. For example, the waters near Suva, south of Viti Levu, are rich with Giant Trevally, Yellowfin and various Marlin (depending on the time of year). The waters around Kaduva, south of Suva, are filled with Spanish Mackerel and Yellowfin tuna. Taveuni, a few kilometres northeast of Suva, is a great place to find schooling species, such as Tuna and Mackerel.

Thanks largely to the ocean's warm temperature, the channels around Namotu Island offer a variety of fish, including Spanish mackerel, Giant trevally, wahoo and marlin. Having said that, if you want to venture out toward Suva, Kaduva or Taveuni, you can hire a game fishing charter boat to make the trek.

The Best Time Of Year To Fish In Fiji

A lot depends on the type of fish you hope to catch. Although numerous species can be found in Fiji's tropical waters throughout the year, some are more plentiful during certain times.

For example, if you want to catch Mahi Mahi, you can do so year-round. But it's helpful to know they make a big appearance twice a year: from December through February and July through August.

Giant trevally can also be found year-round. But the waters around Fiji are especially populated with them between February and April.

Want to catch wahoo? You'll find them in the waters surrounding Namotu from April through October. But they're particularly abundant in July and August.

Spanish mackerel can be found year-round, but tend to congregate around Fiji in August and November through December. The waters swell with blue marlin in February and March; Yellowfin tuna in March and April; and sailfish in June and July.

There's no “bad” time to go fishing in Fiji. As you can see from above, the waters teem with an array of species from January through December. But if you've set your sights on a particular type of fish, it pays to know when the waters are overrun with them.

Many guests who stay at the Namotu Island Resort go game fishing for the first time and discover they love the experience. Make sure you set aside time to fish when you visit the island. Your Fijian bure or villa places you ultra-close to the water so you'll be minutes away from the action!

Posted on Monday, May 11th, 2015 by Namotu Island in Fishing Charters, Fishing In Fiji, Game Fishing in Fiji