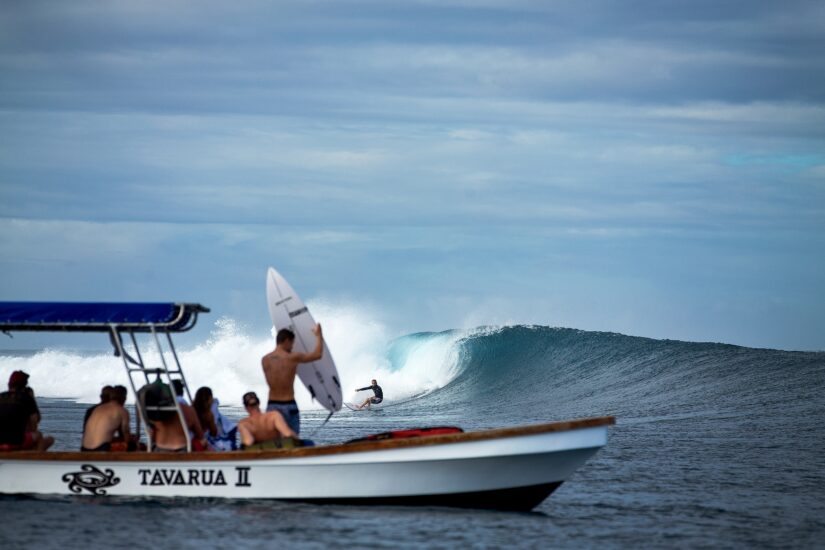 Chris Peel was our resident surf photographer for much of February and March. He’s travelled to some of the world’s best surf destinations and has seen his fair share of epic waves. And not so epic. So when Chris flew in to Fiji he wasn’t sure what to expect from a period branded as “The Offseason”. He’s written an article on Swellnet about his time here.

Reading Chris’s article got me thinking about the summer vs winter divide. Or perhaps more accurately it’s a wet vs dry season thing…

Fiji has a reputation for being a winter (dry season) destination. It’s photos of those winter swells in June-August with 20ft+ Cloudbreak that grace the walls of our bar and frequently pop up on social media and magazines. And it’s that time of year that’s come to be known as “The Season” in the Pacific.

For my part, I know a handful of surfers who get excited about those days and even fewer who are truly prepared for them. They certainly aren’t weekend warriors but are people who’ve been training while the rest of us were holding down a steady job. Of course the atmosphere on the Island during those swells is incredible! With any luck we’ll have a surfer or two who’s flown in to shoot the next magazine cover and we’ll all head up to watch for an hour or two.

The problem is that even Pools can push into the 10ft plus range and become unmanageable for most of us. It certainly is fun to watch though! But for many of our guests it’s a spectator sport on those days. I suppose what I’m trying to say is that when we book a surf trip it’s good to be the one surfing.

The winter months in Fiji are undoubtedly wonderful months. The swells are larger and more consistent than summer and tend toward windier afternoons that make for perfect kiting, windsurfing and the new craze, wing dinging. We host Kite Weeks in June, July & August for that reason. The summer months have smaller, less consistent swells, glassier days and rain in the afternoons. But at any time of year you’ll get waves that are a lot more consistent and a lot more fun than the ones back home. At least a lot better than the Sunshine Coast where I’m from!

Any time is a good time in Fiji so why not buck the trend, escape the crowds and see what summer in Fiji is all about.

For more on this topic, over to Swellnet to read Chris Peel’s perspective on February in Fiji.