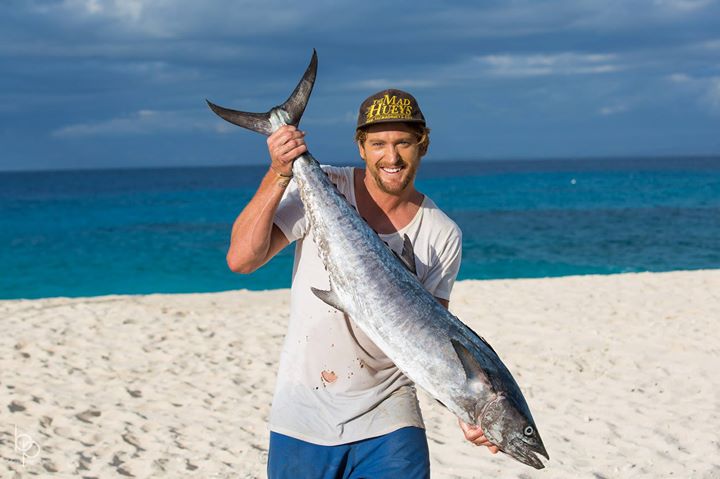 Top 3 Spots For Fishing In Fiji

The underwater ecosystem around the islands hosts a huge variety of species that can turn any day into an adventure. Mix in a gorgeous climate and unrivalled setting, and you’d be hard-pressed to find a better fishing destination.

Making the most of the experience is largely a matter of knowing where to fish. Some areas are decidedly better than others. Below, we’ll share 4 of the best spots for fishing in Fiji so your day spent on the water will be as fruitful and satisfying as possible.

Namotu is part of the Mamanuca chain of islands, renowned for its first-rate deep-sea fishing. In Fiji, it’s one of the premier destinations for devoted anglers. You’ll find tuna, marlin, mahi mahi, wahoo, and many other types of prey.

After a hard, but rewarding, day on the water, you can retire to your lodgings at the Namotu Island Resort for a few hours of rest. Then, make your way to the on-site restaurant and enjoy your day’s catch on the BBQ.

Black marlin, blue marlin, Spanish mackerel, yellowfin tuna and wahoo… they’re all here in the waters near Kadavu Island. While different species make their appearances at different times of the year, the waters fish well from January through December.

Some species – for example, blue marlin and yellowfin tuna – can be found year-round. Others appear during the Fiji winter. One example is wahoo, which shows up in abundance from June through August. It’s not uncommon to haul in 20 or more during a single outing.

Suva is the capital of Fiji, located just off the southeast coast of Viti Levu. Like the other 3 spots, it offers a rich ecosystem teeming with underwater life. It’s not unusual to come across schools of tuna and mahi mahi, and small groups of marlin and giant trevally chasing the schools.

It’s still important to keep seasonal appearances in mind. Although some species show up year-round, they’re more prevalent during select months. For example, like wahoo, mahi mahi can be found in the waters surrounding Suva all year, but tend to swarm during the winter months.

To make the most of your experience fishing in Fiji, take the time to familiarise yourself with the region’s hottest spots. Keep in mind, you can reach different hotspots – near or far from your resort – by chartering a game fishing boat.

The Namotu Island Resort has a reputation for providing first-rate accommodations and hosting an attentive staff eager to make your stay unforgettable. Reserve your lodgings today for your next big game fishing excursion.

Posted on Tuesday, October 27th, 2015 by Namotu Island in Fishing In Fiji