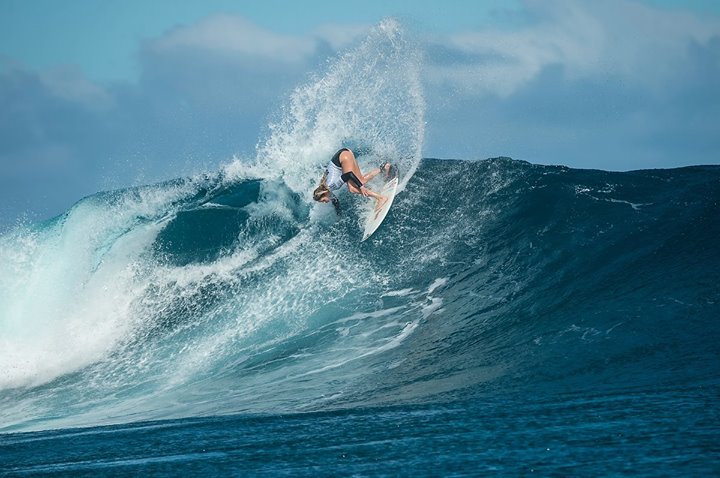 Starting in late May, the Fiji Pro leg of the 2015 World Championship Tour (WCT) will arrive in Namotu and Tavarua Islands for the Men’s and Women’s Fiji Pro 2015. The event brings together the world's best male and female surfers who bring their boards to master some of the most famous wave breaks in the world, and amass points to further their quest to be recognised as the best surfers in the world. The stop is part of an 11-stop event for men and a 9 stop one for women. From May 31 – June 5, women will compete in the Women’s Fiji Pro 2015, followed by the men in the Men's Fiji Pro from June 7-19.

The Namotu Island Resort, along with main sponsor Samsung Galaxy and other corporate sponsors such as Jeep, are the hosts of this premier sporting event in Fiji. The tour is presented by the World Surf League (WSL), previously the Association of Surfing Professionals (ASP), an organization dedicated to professionalising surfing and presenting the sport to the world. Its annual tour has competitive events at the top surfing locations in the world.

Fiji holds a prominent place on the tour for its challenging locations such as Cloudbreak and Restaurants. The schedule is arranged to take advantage of the peak swell season in each location.

Prior to arriving in Fiji to surf, participants have previously surfed at three locations in Australia and Brazil. From Fiji, they will go on to conquer the waves in California, France, Portugal, and Hawaii. The Men's tour will also stop at South Africa and Tahiti. Seventeen women will compete in the Women's Fiji Pro: the top 10 championship tour (CT) finishers, the top 6 rankers in qualifier rounds, plus one wildcard. For the Men's Fiji Pro, 34 will compete, including the top 22 CT finishers, top 10 qualifiers, and 2 wildcards.

At each location, surfers earn points based on difficulty, innovation, combination and variety of manoeuvres, speed, power, and flow. The highest scorers at each event can win prize money, as their points accumulate each time. As current participants arrive in Fiji for the Men's and Women’s Fiji Pro 2015, leaders are Adriano de Souza (26,250 points), Filipe Toledo (25,700 points), and Mick Fanning (20,950 points) for the men, and Carissa Moore (34,500 points), Courtney Conlogue (31,700), Tyler Wright (23,400 points.)

Join In The Excitement

Watching the daily events at the Fiji surfing tour live is the event of a lifetime for many who love to follow this exciting sport. If you cannot come to Namotu Island Resort, you can stream the event to your TV, computer, or smart phone as the WSL has partnered with broadcasters in every country. You can also follow along on social media for updates on events and current standings.